I was chatting about CoC to a chap last night and he asked if there was anything available for the French in the later part of the war. I'm rather ignorant in that area (well, not just that one ...) but does anybody have anything regarding playing them?

Is it one of those occasions where they were equipped and organised along identical lines to the British or Americans or somesuch? I'm thinking here of the way that the Italian Co-Belligerent Army were formed, if I understand that one correctly.
Use the Consolidated Arsenal! It's here:
https://docs.google.com/spreadsheets/d/ ... E/htmlview
Top

I am interested in 2nd Free French Armoured Division, and I can tell you that there were differences between this formation and the theorical US light armoured division that modelled it. For instance, armoured infantry platoons had an integral 57mm AT gun, and not have an AT platoon at company level. The organization of the platoon is different too, but I still haven´t found a coherent organization. What I found is that there was a 60mm mortar squad as part of th platoon HQ, and there were two voltigeurs-mitralleurs (with Browning "light tripod" MG's) squads and a voltigeurs (riflemen) squad. And the AT squad, of course. Thre was 5 halftracks per platoon. One for the HQ and mortar squad, one for each voltiguers platoon and one for the AT gun. I think that the voltigeurs-mitalleurs squad was divided into two teams, a voltigeurs one and a mitralleurs one. The 9th company, at least, used a lot of M1 carbines, more than Garands. May be because they liked to use infiltration tactics. They didn´t use BAR's.
I don´t know about infantry units in infantry divisions.
CENTRO CULTURAL ESCALA
https://sites.google.com/site/centroculturalescala/Home
Top

That sounds more like a 'tactical grouping' than a 'paper' one. Essentially you still have the U.S. Armoured Infantry Company, but with its assets reorganised.

A U.S. Company had three AT Guns towed by M3 half tracks, so giving one to each platoon is easy enough.

A rifle platoon had an MG squad (2 teams) and two rifle squads. If you split the MGs into two teams and add half of a rifle squad to each, you have your single rifle squad complete and two mixed rifle-mg ones.

I don't know about WWII manuals, but the post-war US ones encourage reorganising the platoon to suit tactical needs, so I imagine that was also the case in WWII.

9th Company RMT was of course famous for being formed from Spanish Republican exiles.

Emilio, from what little I have read... and it is very little, they are said to have used the 'French' organisation (I guess that of the proposed '1940' platoon with the mortar team), married to the US equipment issue. So sure I guess there would be some variation in numbers and equipment.

I have to admit this has made me quite curious, I like unusual organisations, please do post more.

Jim, I´ve got several bits on the 9th company, that gives only some clues. Some bits are from the web, and some from this book: I´ll try to put all in an inteligible way, but don´t spect a lot of info on organization.

And this is the man! 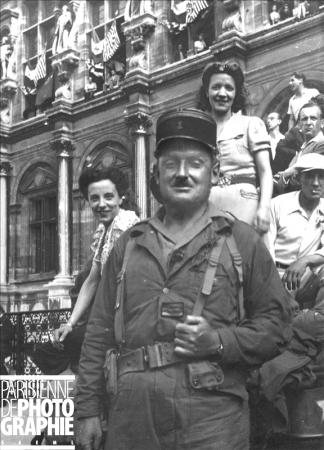 For colour there are some wonderful Goum figures available from Artizan and you really need to watch Days of Glory a film following a unit of Goumier from North Africa through Italy into southern France. Some great battle scenes and a little sad how the French government treated them.
Top

sid wrote:a little sad how the French government treated them.

They didn't treat the civilians in Italy too great, themselves.
Last edited by Seret on Wed Apr 13, 2016 7:04 am, edited 1 time in total.
Tiny Hordes
Top

And not very kind to children at least in "La Pelle" film, with Mastroiani, Cardinali and Lancaster.
CENTRO CULTURAL ESCALA
https://sites.google.com/site/centroculturalescala/Home
Top

The Goumier were auxiliaries... mercenaries if you like and not regular troops. Actual Moroccan, Algerian and Senegalese 'tirailleurs' were the regular colonial soldiers. It's exactly the same as with the Moroccans in Franco's Army during the SCW, some were regulars, others were not.

Part of the Goums tradition of service was that they were 'let off the hook' after they had fought. Another part was cutting ears off the men they killed to prove they had not been idle, which was an improvement on literally being 'paid by the head', as had been the case in times past. The French knew what to expect from them when they recruited them.

The Goumier were hired because of the lack of actual French volunteers from amongst the Vichy troops 'liberated' in North Africa... in fact the Free French Forces had 65% of their strength composed of Senegalese tirailleurs alone by the time period in which Paris was liberated... I've no idea of the numbers of Moroccans and Algerians, but the Goums were in a single brigade of three 'tabors' (battalions) iirc.

With all these colonial troops, tribal auxiliaries and Spanish exiles, you have to wonder just how many 'Frenchmen' were actually in the Free French Army.