Starting with an Introduction and sort of explanation about what’s in Chain of Command: The Abyssinian War, we discuss the various aspects of the period that need to be accounted for in the Interwar setting when using the rules. There’s a bit to cover and some notes for players to digest before wrapping their head around the way Interwar CoC works, which really is just like standard CoC but with some twists.

The Abyssinia War setting has enabled us to utilise WW1, SCW and WW2 concepts for Chain of Command all pulled together..so it’s a fairly ‘rich’ gaming environment. This will lead the release of the upcoming 17 army lists that will cover all the forces of Italy, Ethiopia, Great Britain and France.

Players will be able to use these lists for historical clashes of The Abyssinian War or the counterfactual Abyssinian Crisis as explained on the TAC blog and elsewhere.

So, go find out what’s in store for all you interwar CoC players.

Included in this release are the Specific Rules and Playsheet used for play.

The initial release details were given the TFL official treatment here so head over and have a read there as well.

The Italian Colonial list is now up and ready to run. The Italian colonial Ascari proved to be solid troops in action. You can find them here: http://toofatlardies.co.uk/blog/?p=5238 Where did you get that hat? A question you may wish to ask the Penne di Falco, the resplendent Italian colonial cavalry who are today's download for Abyssinian. You will find them here: http://toofatlardies.co.uk/blog/?p=5244 If enigmatic is your bag, the Eritrean and Somali irregulars could well be the force for you. 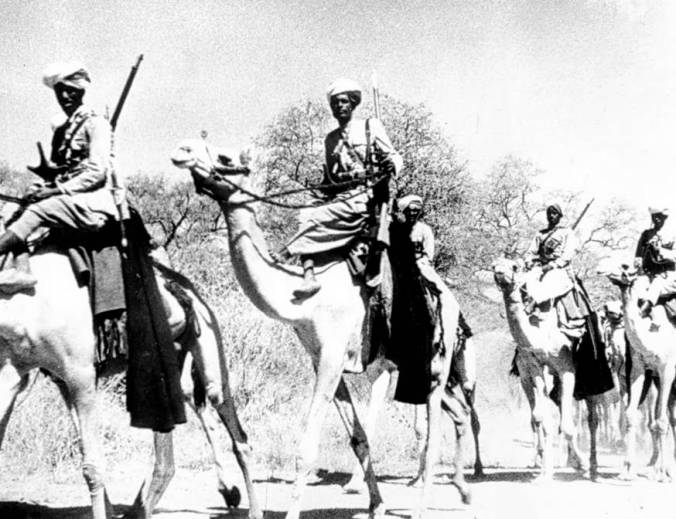 If you think an Ethiopian Chitet is on par with a decent French Chablis, you'll get quite a surprise when you download the Army lists for this, the backbone of Haile Selassie's forces.

You can drink in the full details here: http://toofatlardies.co.uk/blog/?p=5269

Mehal Sefari is not a 1972 smash hit single by T-Rex, they are some of Haile Selassi's most distinctive troops. You can now read all about them here: http://toofatlardies.co.uk/blog/?p=5276

What a handsome bunch! The creme de la creme of the Abysssinian forces was Haile Selassie's Imperial Guard, the Kebur Zebanga. You can find the list for these jolly swish chaps here: http://toofatlardies.co.uk/blog/?p=5282 By the left.... Make way, make way, none shall stand in the path of His Imperial Majesty's British Army. You've seen the Eyeties, now meet the men who keep a third of the world safe in their beds: Askari! And not a cross-eyed lion in sight. Here we have Britain's loyal native troops, men of honour all. Here's the list: