We played the second scenario from the Winter Storm supplement.
The Soviets came close to their objective, but had their force morale reduced to zero. 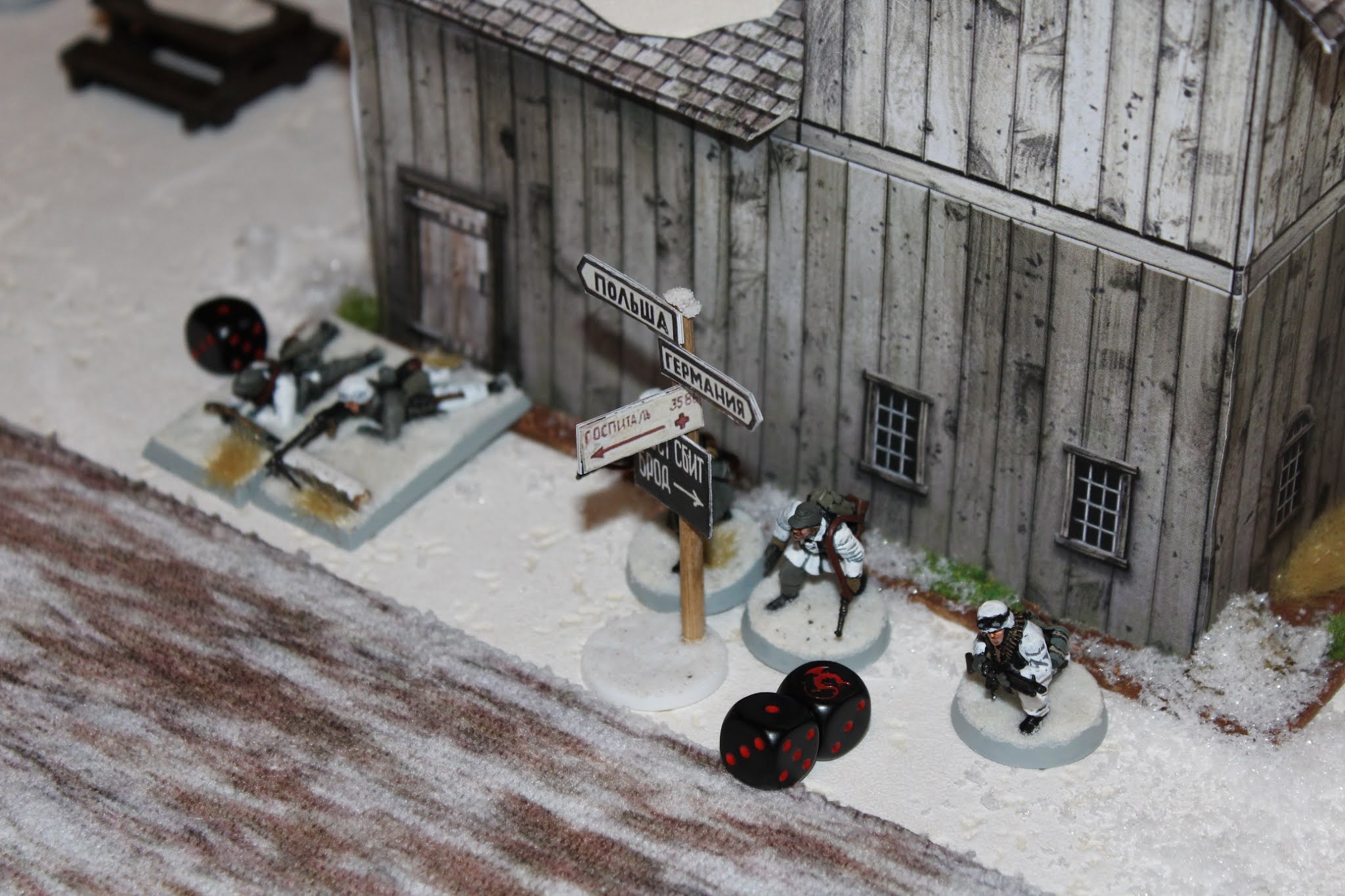 There where several legendary Soviet snipers in WW2. The Soviet sniper in our game wasn't one of them. He fired four shots during the game. No kills.

tburgt wrote: ↑
Sun Nov 22, 2020 12:32 pm
There where several legendary Soviet snipers in WW2. The Soviet sniper in our game wasn't one of them. He fired four shots during the game. No kills.

Well, actually he is a legend, too - just not in quite the same way. The only Soviet sniper Stalin had executed for sabotaging the Great Patriotic War by wasting scarce ammunition......

No plan survives first contact with the dice.
Top

Excellent battle reports..... I am very tempted by this campaign so I will this thread with interest!
Top

Have to admit I have not played this campaign but looking at the lists I would very much doubt if the Soviets could do much. It is hard enough attacking when you have more points than the enemy but here you have less!
Stalin hates you comrade

I must say I hadn't checked the point disadvantage.
The campaign provides for each scenario the choice between a historically more or less correct fixed support option and selecting support from the lists up to a certain number of points.
We went with the historically correct one and randomly decide who gets to command the Soviets and Germans.
The first two scenario's were indeed tough for the Soviets.
Looking forward to playing the next scenario (Defense of Pokhlebin). I'll post an AAR afterwards.

Hmmm there doesn't appear to be any victory conditions or mission description to match with the ones ion the books to see how much support tyou would normally expect.

Now the Soviets have 2 extra squads but if I factor the supports
Germans have 5 so Soviets should have 10 plus the difference which is 7 = 17 pts
So they have 2 Dismounted squads = 6, Sniper and MMG = 6 so you should have another 5 points.
yes you do have the second leader but the sniper is not worth 3 points.

So I would give the Soviets another Cavalry squad maybe mounted at least and swap the sniper for another MMG then try again.
Top