Evening all. Long time lurker, first time poster here. Figured it was about time I gave something back to the community, so here’s an AAR of the first outing for my CoC Vietnam variant rules. I call them Fudged Fighting Season, in honour of the Afghan rules that never were and the all-important acronym. They owe a great debt to Jason Sendjirdjia’s excellent DMZ modifications, but are tweaked to reflect my own prejudices (derived largely from Hollywood and pulp fiction rather than historical research).

I made a few mistakes, but no more than in you average episode of Lard TV. My painting and terrain aren’t up to the usual standard round here, but I hope you enjoy. 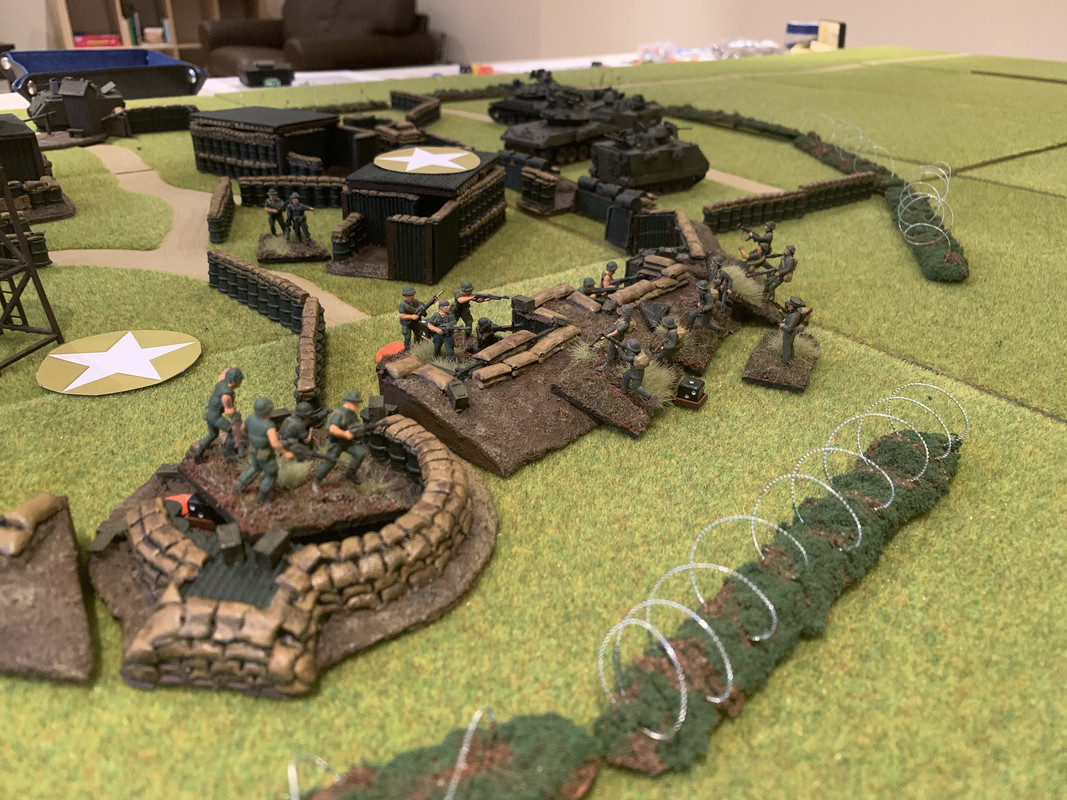 An excellent report, well written and with many great conversions of classic ESCI figures

Did you attempt to "play" Claymore mines, which were usually an essential part of US base defences? Would a rear-echelon area necessarily have had them?
No plan survives first contact with the dice.
Top

No claymores. As you say, this was a rear area base not expecting trouble. Jason has excellent rules for claymores in his DMZ v2.

7dot62mm, thank you. Some of those conversions are nearly 30 years old, done when I had decent eyesight and spare time.
Top

Really enjoyed both the battle account and the story arc through it - looking forward to how the plot develops!
Capt Fortier

It took a while, what with one thing and another, but here is the AAR for a slightly anticlimactic Scenario 2: “The Hills are Alive”.

Will Task Force Ranson escape unscathed again? What do you think? 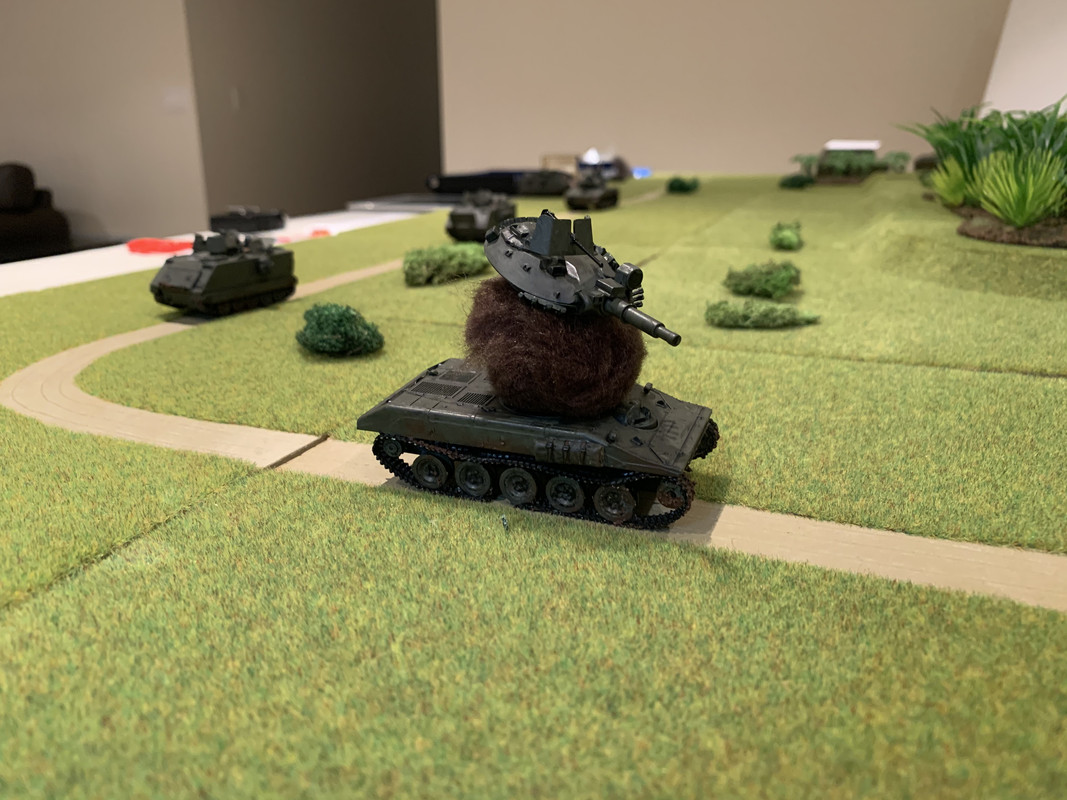 From your lead photo above I thought it may be "The Trouble with Tribbles: DMZ"

But the write-up was again excellent, and I am really enjoying your creativity with solo play.

I was interested in your use of "Possible Enemy Force" (PEF) points. I've been looking at the "Nuts!" rules which use PEF markers for one-sided play - my interest is in recreating some of the small raiding actions in the Aegean in 1944 for solo play - but their system seems quite convoluted and I like the approach you used (fits with TFL's "K-I-S-S" principles).

So saying, I do think you could have used some mechanism to "move to the sound of the guns" - though perhaps it was more the (bad) luck in NVA activations that limited the options here. Perhaps in any future or similar game you could have a more minimal fixed PEF location (eg. 2 PEFs each) on the two main routes with the remainder of the force in the centre (with a central JOP), who can only activate once contact has been made and who then deploy from that central JOP.

I will continue to follow the action with interest!
Capt Fortier

Captain, I think I might have stolen the term PEF (but none of the mechanisms) from Two Hour Wargames. They have quite a lot of rules downloadable for free, so you might want to check them out for solo mechanisms. I completely agree that my initial deployment did not help the NVA, but I was in the mindset of defending the each route, rather than positioning so I could concentrate on one. Lesson learnt!

[Edited for stupidity] Doh! Of course, Nuts are by THW. Sorry, I'll go back to teaching my grandmother to suck eggs...
Top

You would have thought that between a spell of Covid-induced unemployment, seemingly unending lockdowns and the Canadian winter, I would have plenty of time for gaming. Turns out, real life doesn’t work that way. So after a 6 month break, we return to the hills south of Hue to catch up on the adventures of the rapidly shrinking Task Force Ranson. Worth the wait though. Things certainly didn’t go the way I expected, and there was a real cliffhanger of an ending to boot. 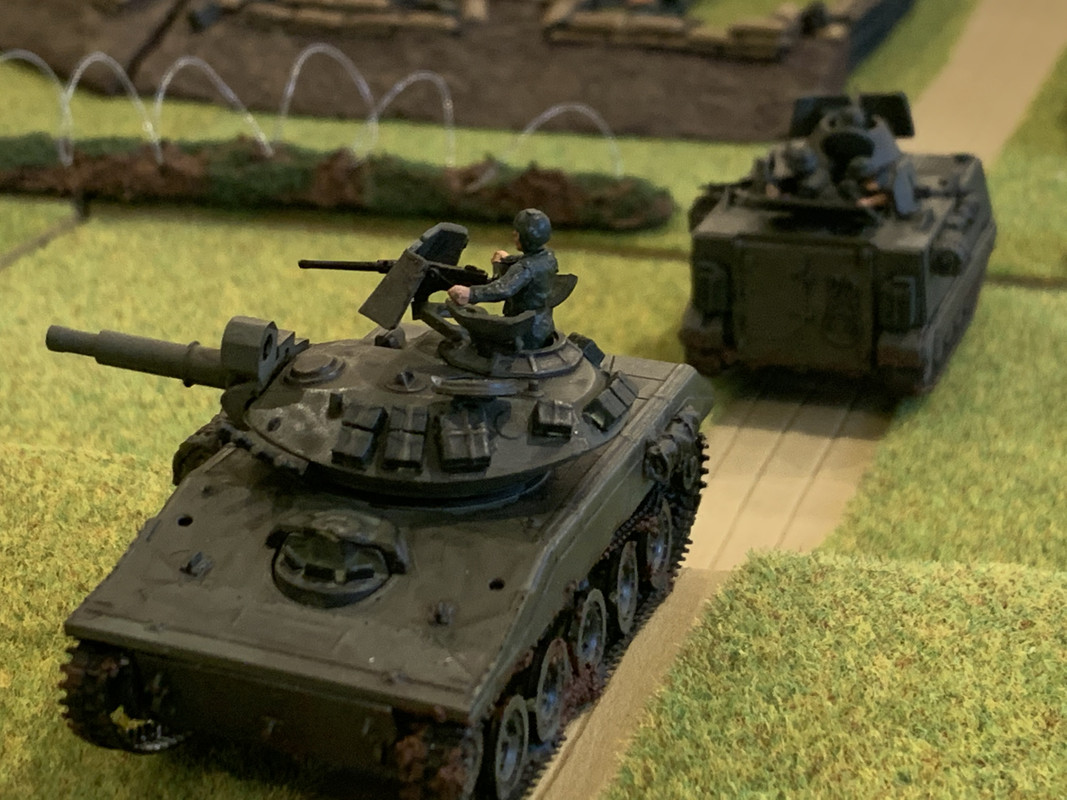