A word of warning: the first picture shows WWI uniforms which were of a different shade. The italian grigioverde is a very elusive colour, actually more grey than green really. add to this that the fatigue uniform, which was quite often worn instead of the dress uniform, was even more toward the grey side of the things: personally I tend to use VMC 866 Grey Green with just a hint of olive grey added.
Vanth
"...there are more things in heaven and earth, Horatio, than are dreamt of in thyne philosophy..."
Top

You use grey green as the base for fatigue or for dress uniform?
Top

By coincidence I was checking my records yesterday as I needed to touch up the paintwork on some damaged 1940 Italians. Mine are 20mm; mostly Airfix and Italeri plastics.

Looking at my copy of The Italian Army at War - Europe 1940-43 (Concord Pub) I would use Grey Olive 888 as a base then highlight or dry-brush with Green Grey 886 to show fading.

But hey they are your figures you can paint them pink if you want - I was just saying the photo of the repo guys seems to align more with my books than the artwork.

I save pink for the SS.

i use it on its own for the fatigue and with a little olive grey for the dress uniform
Vanth
"...there are more things in heaven and earth, Horatio, than are dreamt of in thyne philosophy..."
Top

I finally finished my Italian platoon! This is the whole platoon (plus a two-man Brixia mortar team and a couple of extra Breda teams): 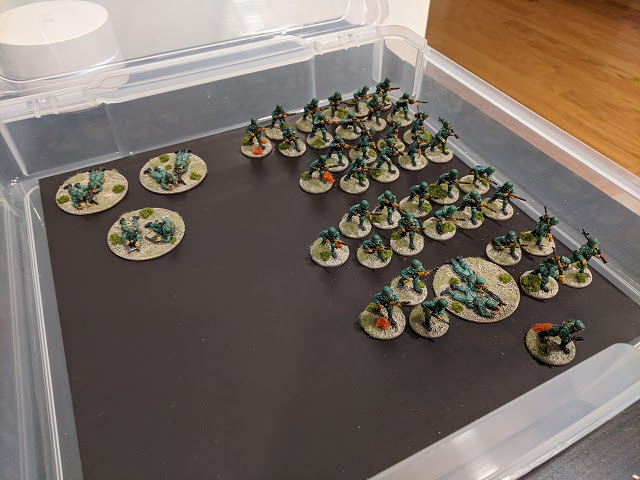 While I always mount officers and NCOs on slightly bigger bases (1" as opposed to 7/8"), because most of them are armed with rifles instead of SMGs I decided to put multicolored shrubs on their bases to make them immediately distinctive visually.

A close-up of one of the standing Breda gunners and the Brixia team. Because I have a problem with magnets, the loader is magnetized and can be removed from the base if the team suffers a casualty. 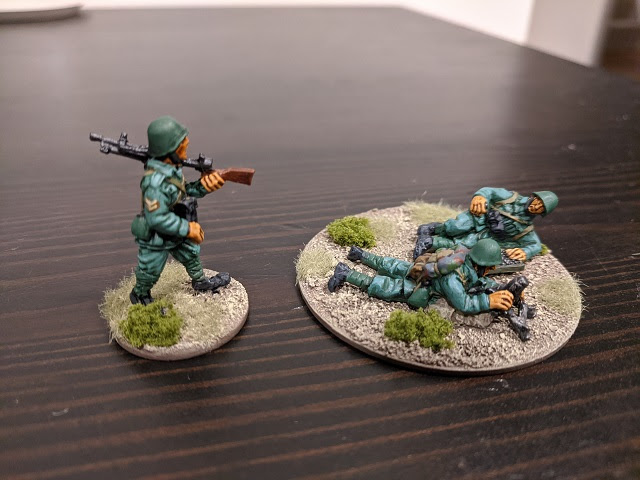 The Tenente and one of the prone Breda teams: 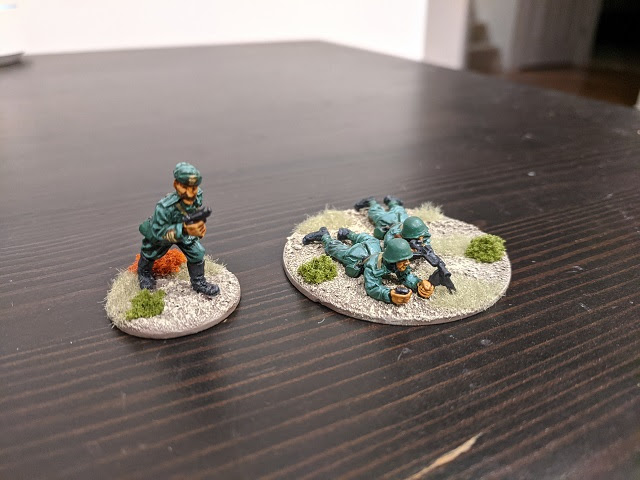 Sadly, the LMG loader is molded to the gun's bipod and as such there was no good way to make him removable. No magnets for these guys, and I feel like a dirty failure because of it.

I've talked about it previously, but my storage/transport solution for these guys is adhesive-backed magnetic vinyl. While it's not as secure as a full foam case, it's sufficient for me to drive to a friend's place for game night, and it's a hell of a lot easier to get them in and out during the game. And while it's not suitable for air travel, it is strong enough to do this: 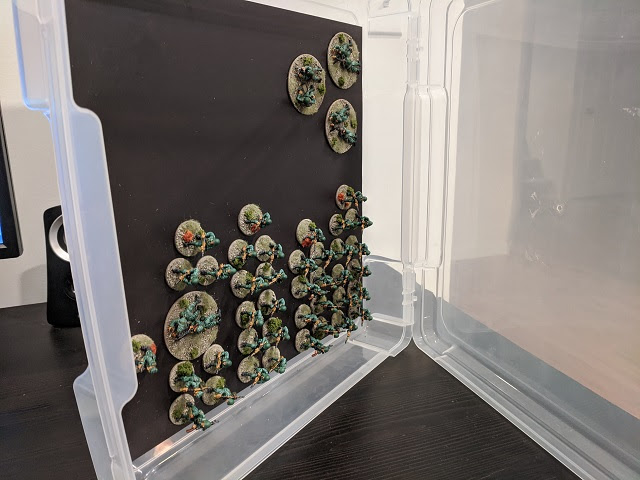 I still need to finish off an AT gun and crew prior to FlintCon, but that's only 6 guys and a gun, and at this point my recipe for this paint scheme is pretty much locked down, so it shouldn't take too long. I'm now moving to putting together more Sicilian-themed terrain.
Top