A quick AAR report from Colours! 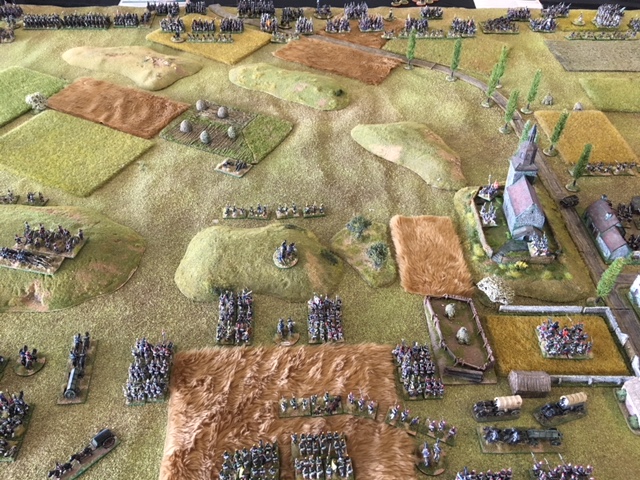 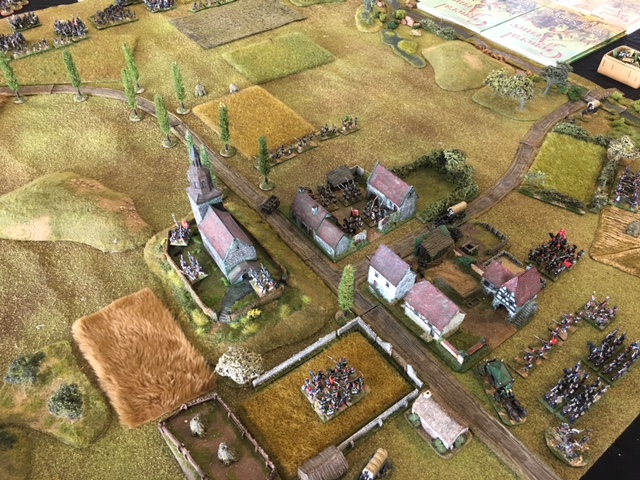 Lobau and the Young Guard await the Prussians! 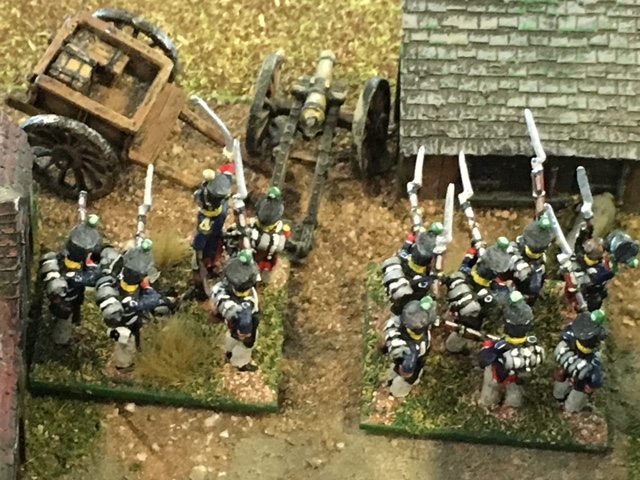 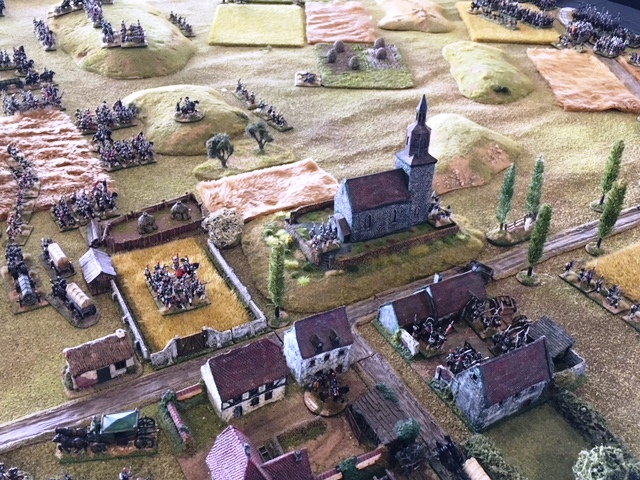 The Prussians arrive - while the Mayor of Plancenoit leaves in his carriage! 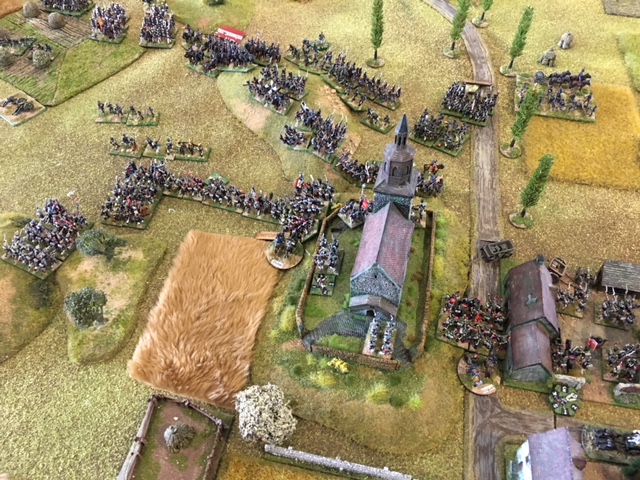 The first Prussian assault upon Simmers brigade and the church. 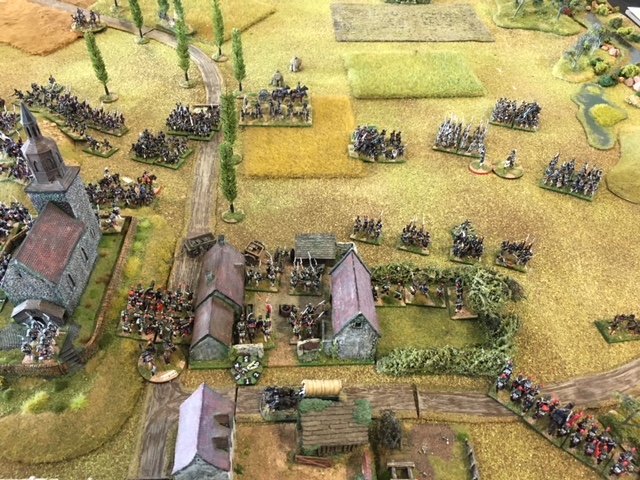 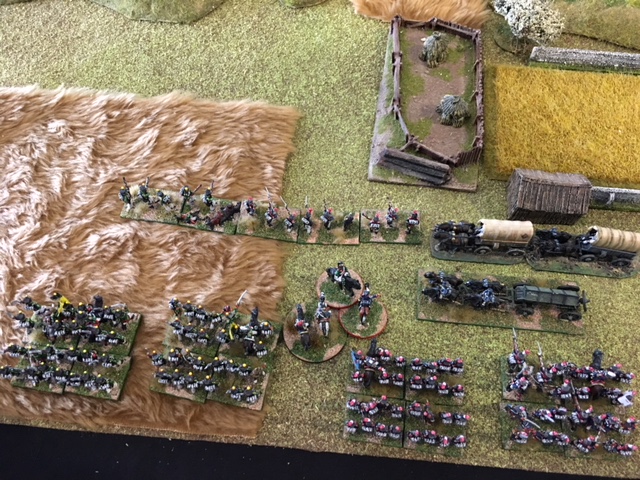 More Young Guard in reserve - receiving orders from ADCs to move up and reinforce. 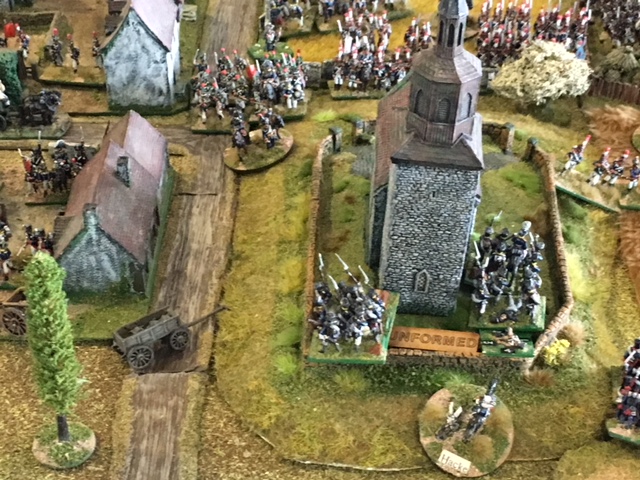 The Pussians take the church!! 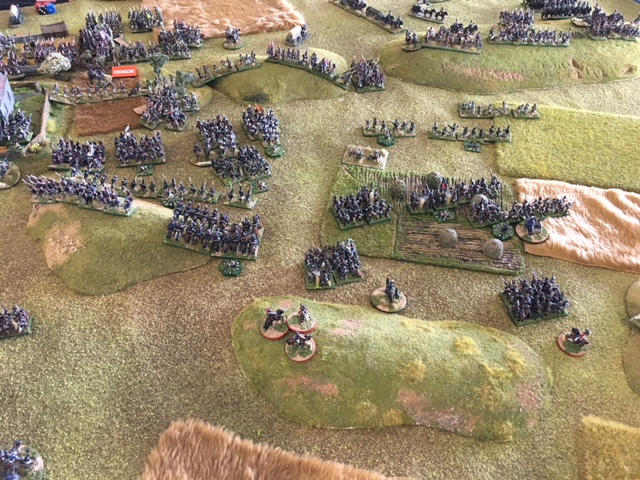 The Prussian right flank now moves up to exploit their success. 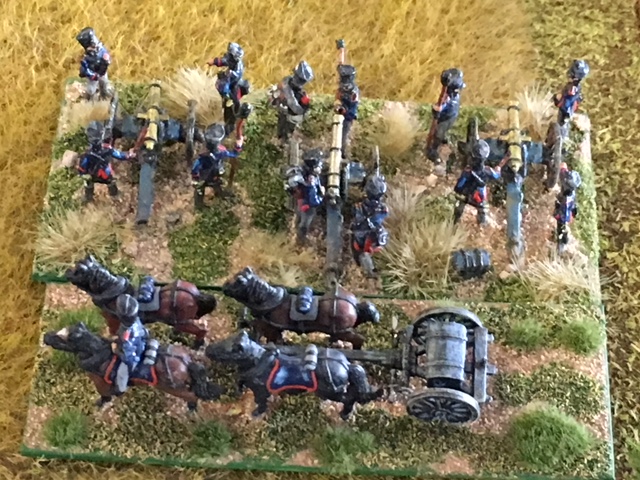 The Old Guard throw back the Prussian left flank, while the Young Guard recapture the church!
This final attack secured a scenario victory for the French.

A great day at a great show! Many thanks to all those who came to see the game and especially to those who took commands! (Well done to Charles with the Old Guard!!

Re: Plancenoit AAR from Colours Show

Nothing like reversing history and doing it in style! Now, must get on with painting my Tirailleurs of the Young Guard....

Is there any way to see these images full size? Your photo-hosting company wants me to sign my life away to them, which I don't think I'm willing to do (not after the Photo Bucket debacle).

Oh, I noticed supply waggons and a caisson in several of the photos. I understand that caissons can be used to indicate units needing resupply, but what do the supply waggons denote?
Top
Post Reply
2 posts • Page 1 of 1