This is a question for Big Rich and Nick, but I would be interested also in the communities opinion.

Chain of Command is a great game as all too fat lardies games are, but my question is. Since the release of the errata and the excellent 1940 Blitzkrieg book, are we going to see an updated Chain of Command rule book?

My main reason for asking is, I’m an old fashioned type of gamer and I like all the rules in one place (saves me having to think where I’d read something).

I don’t think the game needs a 2nd edition, but more of a tidy up of what is current.

Sorry for the ramble, but I hope you get my drift.

Merry Christmas to everyone here and I look forward to more lardy action in 2019.

Hi Lee,
Since you ask for opinions from the community, I'll chime in.
I can't see a 2nd Edition of CoC being issued any time soon, nor do I think one is really needed. It's fairly straightforward to check what rules or amendments apply.

TFL is a one man band and incorporating some of the new rules or errata isn't simply a matter of tweaking some text but would require a complete new layout for the rules which would be a lot of work for little return I'd suggest. Personally I would prefer to see Rich focussing his energies on producing new material like the proposed Far East Handbook or more PSCs.

Yeah I totally agree that a 2nd edition is not needed, let’s face it, it’s not like other games out there that we can mention.

I was more meaning that it would be nice to have a revised (I think that’s the word I was looking for), version as to have all the errata etc in one place and some clarity that Big Rich has eluded to a few times on here and BoW videos.

I think Chain of Command along with Sharp Practice are fantastic games but sometimes some of the wording can be misinterpreted. But that’s my only thoughts, after all the rules have been out a while and a tidy up I think is needed, especially with the excellent 1940s book that recently can out. 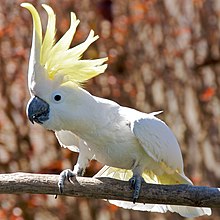 I actually think we're starting to head in that direction. Rich has clearly been having a bit of a serious rethink about some of the original concepts in CoC, such as how the game handles troop quality. All the army lists in the book have been revised and amended. While most of what's in the rulebook is still relevant we're starting to drift away from it and that will likely continue as things get further tweaked during development of the theatre handbooks. We've already seen the 1940 handbook come out with some excellent ideas that would do well to be applied more generally, that's likely to also be the case with future handbooks.

I think by the time we've got several handbooks out there we're likely to be in a place where a 2nd edition makes sense, even if it's just rolling up all the errata, FAQ and the best bits from the handbooks. It doesn't need to reinvent the wheel, just provide players with a single volume where they can find everything they need. Right now you do need to get all sorts of bits from all over the place. I think things are currently not too bad, but if it gets more fragmented (which it's likely to do) then it'll need a tidy up, and a 2nd edition seems the sensible way to do that.

It really depends how quickly the handbooks come out, and how many new rules they introduce that are worth applying outside their specific theatre and period. But if we get say, 3-4 new books over the next two years I could see that forming most of the content a CoC2 would require anyway.
Tiny Hordes
Top

Yeah that’s exactly what I was thinking, the 1940 handbook is great and as you said it does include some good ideas. Those rethinks as you mention is what has made me ask the question, I know the guys are extremely busy, but I just wondered what was there and the communities thoughts on this.

I’m fairly new to Chain of Command and after watching the videos on BoW I think clarity is not quite there after I read the rulebook. This is by no means a slant on the product, I love the way it plays on the videos, but I find some of the explanations could do with tweaking.
https://battlebunkerblog.com Wargaming for fun

The one BIG glaring new mechanical tool from the 1940s Handbook is how to manage the different troops types without the use of the terms "Elite" and "Green". This is a BIG leep in the rules as in our games, those types of games ended up lopsided. I really like this concept and converted the Winter War armies to reflect the difference between the Finns and Soviets. So in an indirect way, on can glean this mechanic into the current CoC rules set which set the stage for later war.
Greg P.
Tucson, AZ, USA
Top

I would be in favour of a CoC2.

Perhaps taking a leaf out of Studio Tomahawk's book and just having the central/common rules in it. Rules + appropriate handbook should be all you need to game your chosen theatre.

There should be no recourse to checking errata/FAQ, other handbooks, forum, Facebook, Yahoo Group, Lard Island News, dead letter drop, or HUMINT gathered by informants at a show, before actually playing a game.

There's no shame in making a good game better and six years is a very reasonable time between editions.
Top

Perhaps taking a leaf out of Studio Tomahawk's book and just having the central/common rules in it. Rules + appropriate handbook should be all you need to game your chosen theatre.

There should be no recourse to checking errata/FAQ, other handbooks, forum, Facebook, Yahoo Group, Lard Island News, dead letter drop, or HUMINT gathered by informants at a show, before actually playing a game.

There's no shame in making a good game better and six years is a very reasonable time between editions.

+1 to all of that. I'm also 100% confident that if there was to be a 2nd edition Rich would be doing it totally to improve the game, and not to try and suction money out of the wallets of his loyal player base (unlike some other gaming companies). Having said that, I understand SP2 was pretty successful commercially but I think everybody would agree that it did indeed make the good game better and was money well spent.
Tiny Hordes
Top

But SP2 was a rewrite. I don't think anyone is suggesting that for CoC.

No certainly not, but I think enough has already been added over the last few years to warrant a tidy up in a new edition.

Certainly those who prefer the current rulebook, complete with numerous scraps of paper and stuff written on beer mats and fag packets, could continue to do alongside dapper chaps with it all in a shiny new edition I'm sure.