The Campaign for Kharkov contains two pint sized campaigns. One covers the advance of the German 57th Infantry Division and the other the German 101st Light Division. The attack came in October of 1941. This city would be the site of three major battles for the city. The interesting aspect of the October 1941 battle is in the nature of the troops involved. The Soviets had superiority in armor. The Germans advanced with only a single STUG battalion in support of the 57th ID. The Soviets fielded the T34 as well as several improvised armored vehicles such as the KhTZ-16. While not a success on the battlefield, it demonstrated the Soviet inventiveness under the extreme pressure of the blitzkrieg.

There are twelve total scenarios in the campaign. Full force lists are availible for both German Divisions and the Soviet troops present. Maps are based on aerial reconnaissance photographs taken by German troops in September 1941.

The scenarios are availible from my blog at $6.00 US. PayPal the money to cstoesen@corecard.com and I will email you the PDF. Or you can order them from Wargames Vault for an instant download for $7.00 US.
http://www.wargamevault.com/product/205 ... tober-1941
http://cstoesen.blogspot.com/2017/02/th ... sized.html 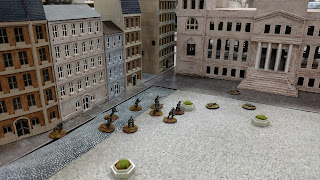 Chris Stoesen
No matter where you go, there you are -- Buckaroo Banzai
Nil Facilis Est
Top

Excellent, thanks for the update Chris. Got mine!

Only an idiot fights a war on two fronts. Only the heir to the throne of the kingdom of idiots would fight a war on twelve fronts.
Top

Thank you. Please post a review once you have had a chance to read it through.
Chris Stoesen
No matter where you go, there you are -- Buckaroo Banzai
Nil Facilis Est
Top

Chris' stuff is worth more just for the research. You can never have enough inspiration for Russian Front scenarios.
Mark
Top

It is now availible on Amazon as both a hard copy and Kindle version. 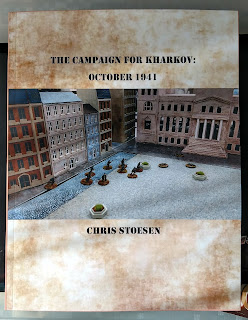 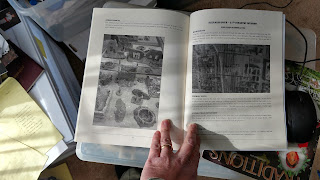