Current work in progress - trying to finish the British Union cavalry brigade in time for the GdA Salute game!

Our game will either be D'Erlon's attack at Waterloo or, if the British cavalry aren't finished in time, I'll go for the defence of Plancenoit instead.

Both scenarios are from the up and coming 1815 scenarios pdf.

When is the PDF due out?
Top

GdA will be at Salute? I was hoping it might be. I will make a point of hunting it out.
Top

I'll be next to the Too Fat Lardies on GL24.

Any photos or reports on the ether at all?

Sorry but I was so busy I had no time to take photos, (I forgot!

) or even visit a single store!

So, the only monely I spent was that on beer in the bar afterwards!

Sounds like a very sensible investment if you ask me Dave

Phew! My colleague managed to take a good photo! 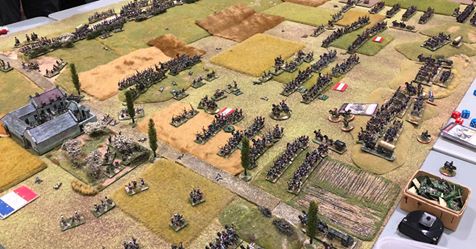 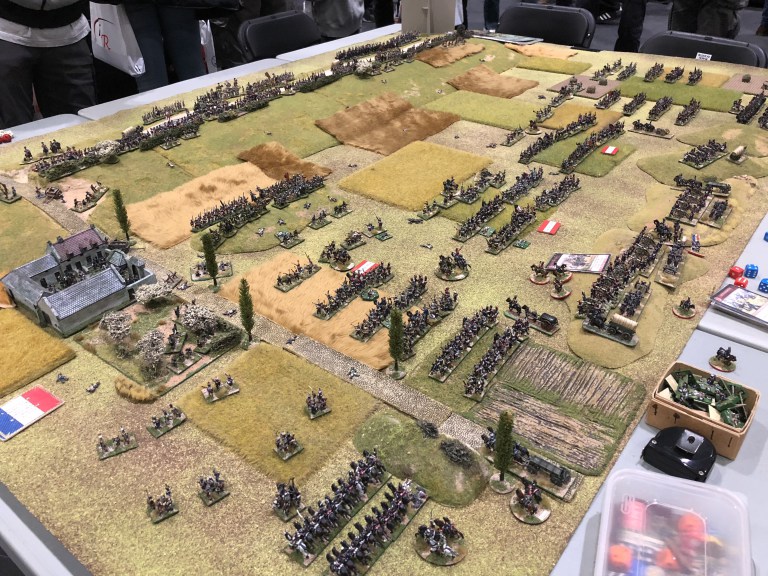 La Haie Sainte (the French right flank).........lovely looking. It would be nice to see the OB but I suspect it will be out with the scenario booklet.