According to the box, there will be 2 guns and 8 crew figures in all.

Alas while the hard plastic is a good thing in my opinion, that is pretty much all that can be said for the cavalry figures. And unfortunately poses do not permit any useful conversions, so even that advantage is somewhat wasted.
Top

Alas while the hard plastic is a good thing in my opinion, that is pretty much all that can be said for the cavalry figures. And unfortunately poses do not permit any useful conversions, so even that advantage is somewhat wasted.

Two guns and eight crew. Wow, they are being generous! I forgot that their infantry AT gun version also had crew, but only six figures in total.

Thankfully there’s a Warsaw-based company called, I think Battle Models, that makes swap-heads for the FtF cavalry. With these they look slightly more human and almost acceptable.
Top

So, the FtF mounted uhlans are finally out. Figure quality issues aside, does anyone have any ideas on how to best represent Polish cavalry in CoC?

Of course, we’d need to take into account the amendments of the Blitzkrieg handbook. For starters, the question of elite grading can perhaps be solved with an option for an extra red die.

Personally, I’m unlikely to field a force exclusively of cavalry but I’d be happy to have them as a support option. The problem is, how to ensure they are not so weak and brittle as to be useless.

By weak and beittle are you referring to squad sizes?
Top

Contrarius - if you are considering independent cavalry as a support for an infantry force then that is a rather bizarre marriage, one that would not have happened in reality. A more realistic option would be a unit from the divisional cavalry squadron. Swap the heads for infantry helmeted ones and you're good to go.

Regardless of source, however, I would suggest you treat your cavalry platoons as sections and squadrons as platoons.

For a total of 17 men in each platoon and 3 men in squadron HQ.

I think that would make a reasonable basic force, comparable to a Polish Infantry platoon.

For support, a machine gun or two would have been virtually routine with anti-tank guns, pioneer squads, bicycle recce squads and 75mm artillery support available from regiment plus more exotic stuff like AA, TKS or TK3 and armoured car support available from brigade along with additional engineering resources as necessary.

For a total of 22 men. It was virtually routine for the platoon to be supported by a MMG on a taczanka (dismounted - NCO, 4 crew). In a very few divisions, the platoon would have one rifle-armed section replaced with a BAR section, for a total of 2 BAR per platoon.
Top

Ahh righto I see what you are getting at.

Multiple sections/teams of 3-4 men will be very brittle and may even cause you to lose the game when one section is picked on in a fire-fight - this is because of how the rule mechanisms work on BTH table for teams
I tried it with my Polish AK list where we had 4 teams of 2 - lost the game in one phase!

I would look to how they worked in practice tactically

I would then have to look at whether sections fought on there own as 3 or 4 men or not?
Also I thought they had 4 squads in a troop, will have to go to my Polish references its been awhile
Top

Also I thought they had 4 squads in a troop, will have to go to my Polish references its been awhile

4 sections in a platoon (1 BAR, 3 rifle - one of the rifle sections included the A/T rifle); 3 platoons in a squadron; 4 squadrons + MG squadron (+ pioneer, bicycle scout, anti tank and signals platoons) in a regiment.
Top

also someone may be able to decipher this?
http://wp39.struktury.net/pulk-kawaleri ... -1939.html
Top

Whilst we are roasting old chesnuts 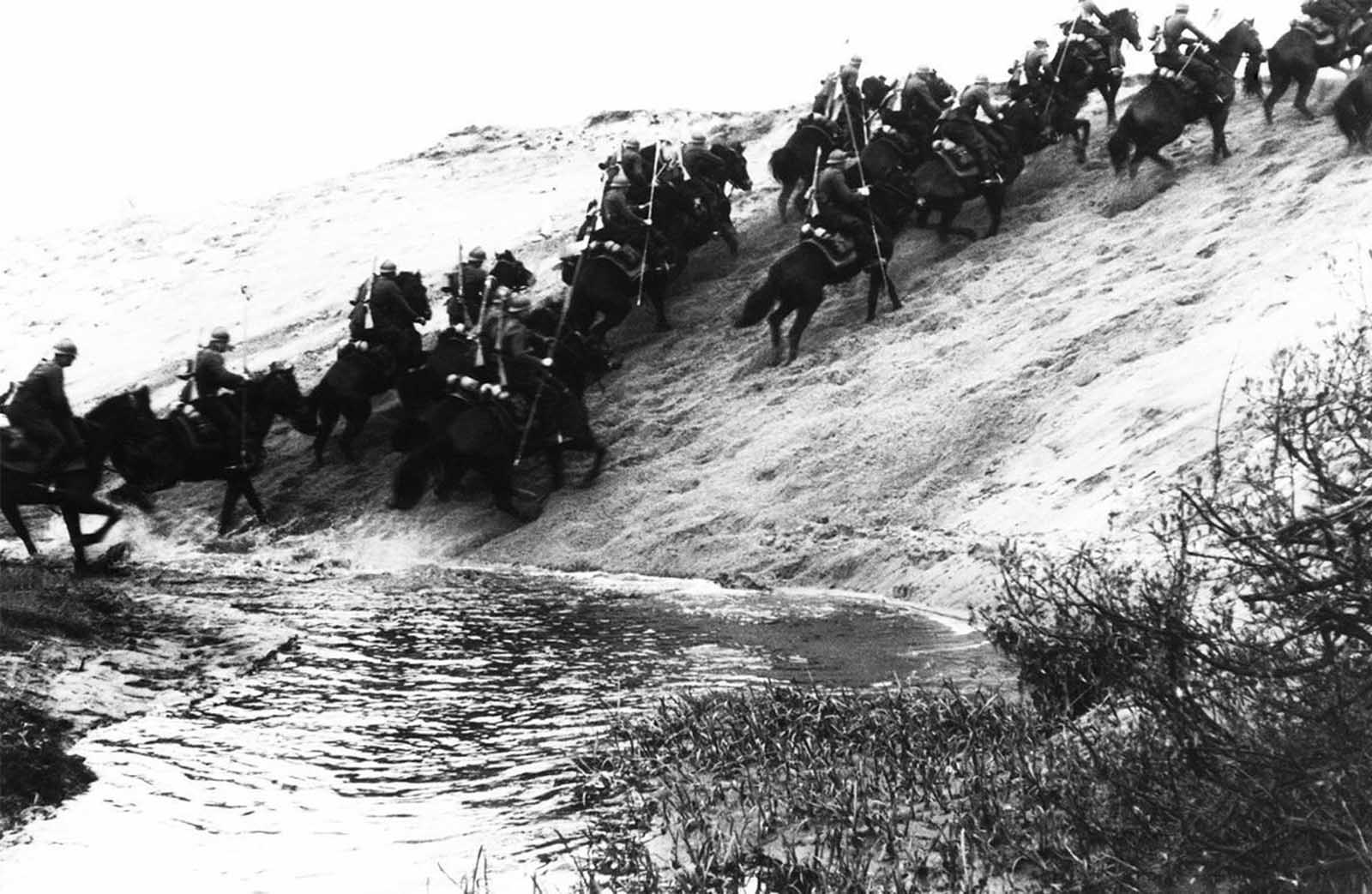