When it comes to painting Scots does anyone know when the beautiful woolen kilts were replace by the wartime cheapo canvas ones?
Top

The canvas was a cover ovrr the kilt mon!

Sorry to rain on the parade, but I'm afraid that, apart from nutters like Jack Churchill, and the occasional piper, Highland soldiers did not wear the kilt in WW2. It was officially banned as combat dress in 1939, due in part to worries about mustard gas (this had led to pre-war trials with chemical-soaked underwear, that ended up a very feminine shade of pink, being sent to the Argylls and rejected in language that, for once, probably did not require an interpreter); as far as I am aware, none of the BEF units in 1940, and certainly none of the 2nd Army units in N W Europe in 1944/45, wore them in action.

The Cameronians were a Lowland regiment (good luck getting them to wear kilts); definitely not the same as the Camerons who are Highlanders. It's as dangerous a mistake as the "coloured people/people of colour" thing.
No plan survives first contact with the dice.
Top

Major Donald Callander MC is good enough for me

(PS I have more info and links if you want?) 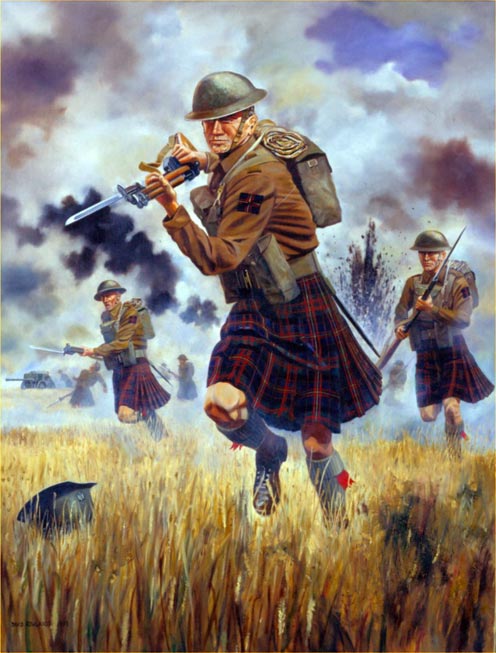 The 79th at the River Escaut

May 1940: The Cameron Highlanders were raised as the 79th Regiment in 1793, and to mark the Bicentenary of the regiment, I was asked to paint a picture of 'the kilted Camerons' in action. It was felt that my painting should be the same size and 'upright' shape as the 1893 Centenary painting of Piper McKay at Waterloo (by Lockhart Bogle), so that the two pictures might complement each other.

In September 1939, the 1st Battalion of the Queen's Own Highlanders, as part of the British Expeditionary Force, left for France. They were wearing the service dress jacket, the kilt and khaki hose and puttees. No kilt aprons or sporrans were worn. But later that month an order was published stating that 'the active service dress of Highland Regiments would be the universal battle dress.' This order was greeted with rage and sadness by the Battalion. The Commanding Officer, Lt Col. D N Wimberley, felt that with an effort the kilt might still be retained. As battle dress jackets were issued, the CO had tartan patches sewn on to the sleeves, but the trousers remained in store! The Battalion advanced into Belgium in the kilt, and the soldiers fought their way back to Dunkirk in the kilt, and as a result the Camerons were the last Highland regiment to wear the kilt in battle.

The scene of the action is the fighting near Antoing, on the River Escaut in May 1940. At the left can be seen a Hotchkiss gun of the anti-tank platoon, commanded by Major Donald Callander MC. He and other officers told me their personal recollections of the campaign.

In battle order, the small haversack was worn on the back. Above it was the anti-gas cape, held by two thin white tapes. The respirator was worn on the chest. There are some useful eye-witness drawings of soldiers of the battalion in France.

The picture was commissioned by The Queen's Own Highlanders.
Top

This is the kilt in question - so the painting has artistic licence? 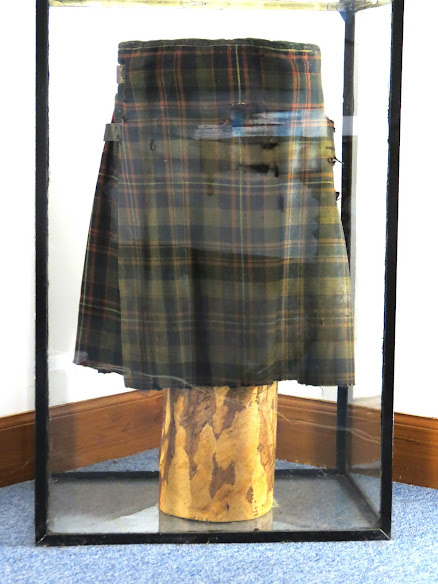 Interesting one here - taken in 1944
Caption reads
5th Queens Own Cameron Highlanders Pipers, MacNeill (left) , Chisholm (right), talk to a French girl of St Valery who is wearing a skirt made from the tartan of a Cameron Kilt, left in the town in 1940. 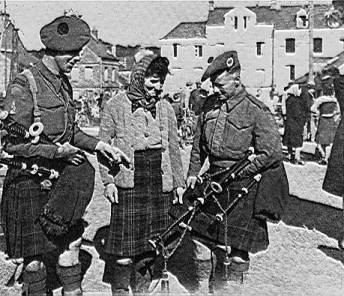 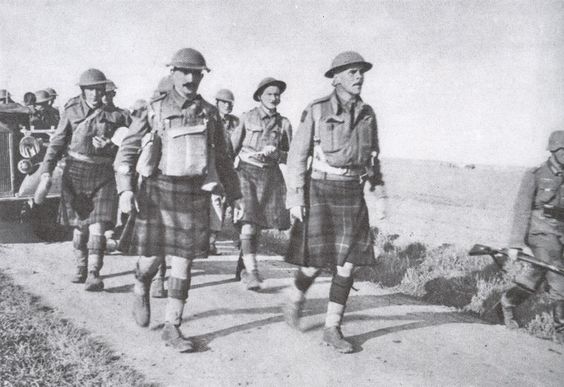 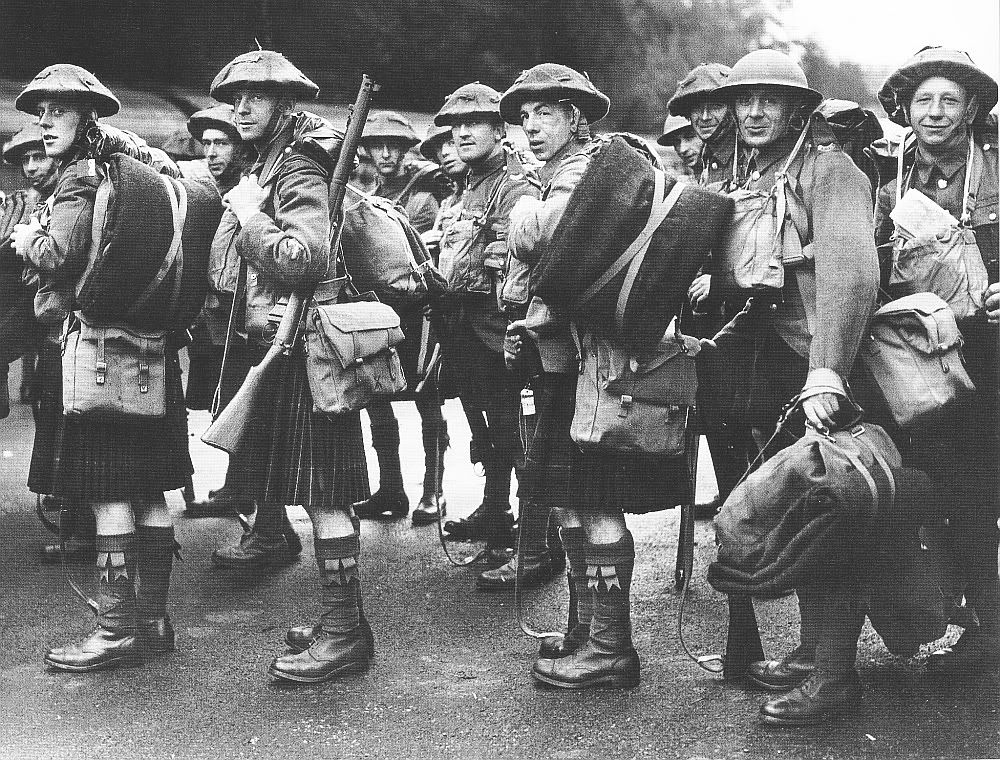