The 4X thing - it's from section 13.1.1: if, after you add up all of the dice modifiers for close combat and one side has four times as many dice as the other, the smaller side automatically routs. No need to roll all those dice, just move back 3D6" and take 8 Shock. And yes, for a 3-man team they would be considered routed (although I wouldn't make them fall back additional distance). You could still save them if necessary, but it might be risky.

Also, it's not that I dislike FT teams, it's that I think that their down-sides are not often represented in the game. FT duty was exceedingly dangerous, but in the rules as written, the unit's only drawback is limited ammunition. Having them always flee from close assault seems pretty reasonable, all things considered.
Top

Makes sense, especially since flamethrower crews were - for obvious reasons - extremely badly seen by the enemy, and were usually not taken as prisoners. So, if the enemy isn't pinned down by covering fire, the flamethrower bearer will be everyone's target, and being shot would be a better fate than being captured by the enemy.
Top

FYI, after the war the S Army did a study on the use of flamethrowers. One of the conclusions was that that contrary to popular opinion there is NO evidence that will flamethrowers explode when hit by bullets or shrapnel.
Top

Probably very true - but that's not what the guys toting them around the field believed.
Top

jdg wrote: ↑
Thu Feb 21, 2019 5:48 pm
FYI, after the war the S Army did a study on the use of flamethrowers. One of the conclusions was that that contrary to popular opinion there is NO evidence that will flamethrowers explode when hit by bullets or shrapnel.

Yeah, despite all those exploding cars in Hollywood, you aren't going to ignite a fuel by punching it with little bits of lead. If that worked you'd be able to light your BBQ with a hammer instead of a match.
Tiny Hordes
Top

What about tracer rounds?
I should think an LMG or MMG sending a line of tracer towards the operator may cause some slight anxiety?

"What are you doing corporal, put that tank back on tracer can't hurt you!"
"Then you wear the damn thing.... Sir!"
Top

You do realise at least the US models also had a hydrogen cylinder on the back to pressurise the fuel tank?
Now a bullet may not ignite petrol but hydrogen? 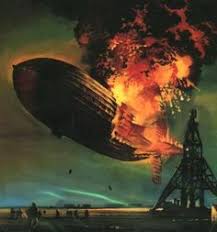