Anyone done anything more, or ‘official’ , for this period since the threads here in 2016-ish?

I need a new project like a hole in the head , trying to resist the lovely Boot Hill figures but you know what they say about resistance...
Top

Levied Troop put on a slightly tongue-in-cheek TWI game at SELWG last October - the Bowie figure was hilarious - but I'm not sure if he still posts on here. He's currently gearing up for this year's SELWG (this Sunday), but I'll contact him and see if he can return and give any help.
Last edited by BaronVonWreckedoften on Thu Oct 18, 2018 12:20 pm, edited 1 time in total.
No plan survives first contact with the dice.
Top

Hi, still around but mostly viewing rather than posting.

I did both the first engagements, Concepcion and Gonzales, as demo games in 2016-17. There’s a thread on it here:
http://leadadventureforum.com/index.php ... c=103203.0
but the thieves at Photobucket have removed the pictures.

Edit: I forgot there was some evidence

I roped an interested gentleman into our Gonzales game at Tunbridge and his account is here:
http://alleydistraction.blogspot.com/20 ... ution.html


The games we had were good, if the Texans did frequently screw up their tactics (corn liquor is not blamed without reason) and the rules adaptions were slight and taken mostly from the earlier discussion. I’ll certainly get back to more of this period, the Alamo would probably be quite boring but all the other engagements are interesting/hilarious.

Was there anything specific you wanted SJ?
See you in the morning down by the Jetty
Top

Mr Troop, Sir, you’re an officer and a gentleman - lots of inspiration and information for me to work with there, much appreciated! We must get Rich to publish those lists officially in the downloads section and I know it was your game, seen at one of the Newark shows, that got me thinking.

Hmmm, and by a strange coincidence, Mr Troop will be leading one of the Mayor’s rifle sections in my Trumpton Riot game...but that’s another completely different thread!
Top

That's not what it says on the Judges notes, but thank you

Come on Baron, everybody knows Bowie was leading the Texan forces at Concepcion: 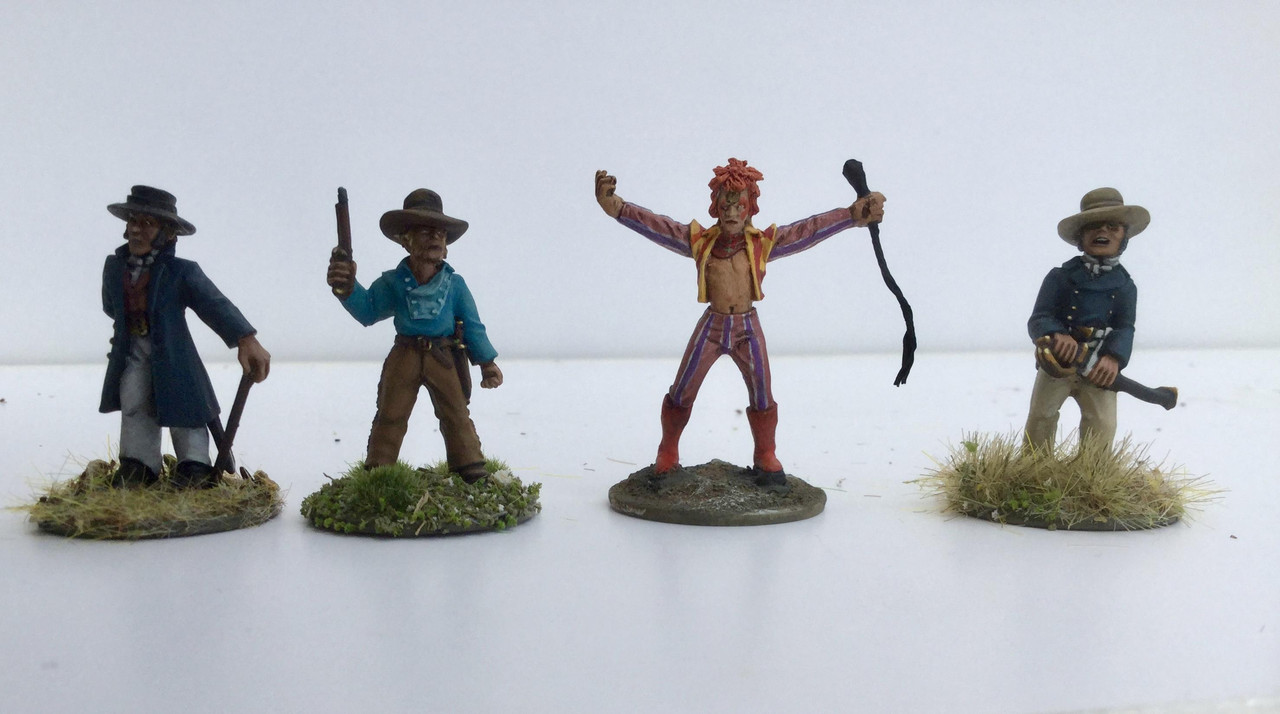 (Historical note: David Jones took his stage name Bowie from the knife. Not many people know that

)
See you in the morning down by the Jetty
Top

Or that the boots and trousers were worn in honour of Jim, as well.
No plan survives first contact with the dice.
Top
Post Reply
6 posts • Page 1 of 1