Rich has kindly let me post about my new scenario pack: Marlowe to Maidenhythe. It's not for a TFL ruleset but for the English Civil War rules For King & Parliament. 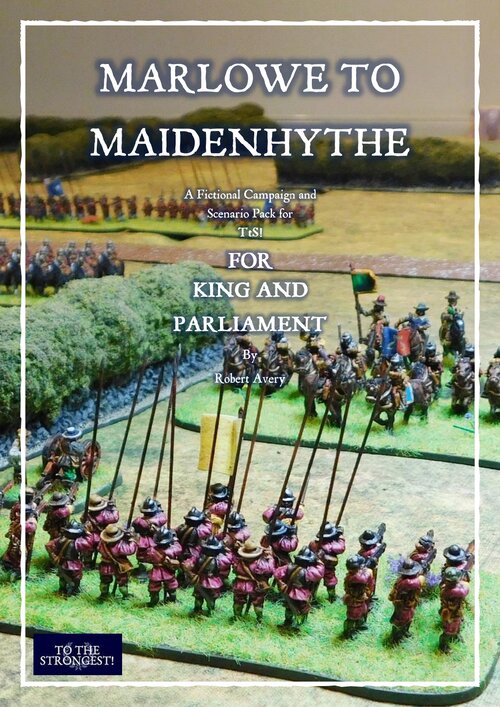 If you're in the UK, you can buy it through the BigRedBat's shop : bigredbatshop.co.uk/collections/all/scenarios
Or if you're in the US or Europe, through Wargames Vault: wargamevault.com/product/351651/TtS-For-King-and-Parliament--Marlowe-to-Maidenhythe-scenario-eBook?src=newest_recent

It's very much in the same format as my TFL scenario books for IABSM, and here's a bit of marketing blurb to whet your whistles!

The 66 page Marlowe to Maidenhythe scenario eBook, written by Robert Avery, is a digital file, designed for the TtS! For King and Parliament English Civil War rules but useful with other rule systems too.

The PDF contains twelve free-standing fictional scenarios set around the counties of Buckinghamshire and Berkshire during and shortly after the English Civil War. They tell the story of a series of clashes between Sir John Boulters (for the King) and Sir Christopher Grey (for Parliament). Each scenario contains a background briefing, separate briefings for each of the players, a deployment plan and orders of battle. The scenarios can be played individually or in sequence, as a campaign. Many of the characters and units recur throughout the campaign.

Again with Rich's kind permission, here's news of my second scenario pack for For King & Parliament: the Siege of Norchester. Full details at:

Here's some of the marketing blurb:

The Siege of Norchester is a supplement for TtS! For King & Parliament that contains twelve free-standing, fictional scenarios in a loose chronological order. It tells the story of the investment of the fictional, Royalist-held city of Norchester. It begins with the Parliamentarians gradually pushing the Royalist foraging parties back into the city itself, then looks at the Royalist attempts to delay the construction of encircling works. There’s an assault on the outskirts of Norchester and then a Royalist attempt to get a messenger through to the King to ask for aid. Finally, there’s the arrival of a Royalist relief force, the fall of Norchester and the attempted escape of the main Cavalier protagonists. The same officers and units are used throughout the campaign, and it is hoped that the players will come to adopt and recognise them as their own or the enemy.
www.vislardica.com
Top
Post Reply
3 posts • Page 1 of 1