And a pair of pictures: 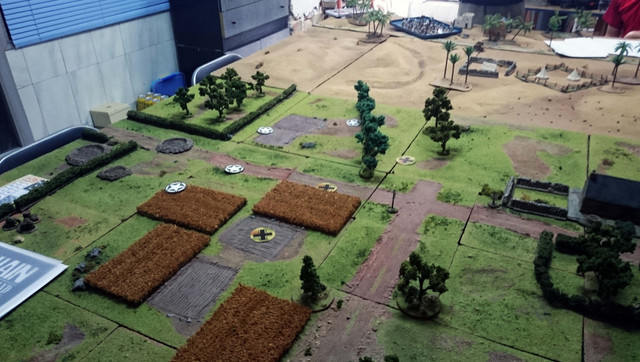 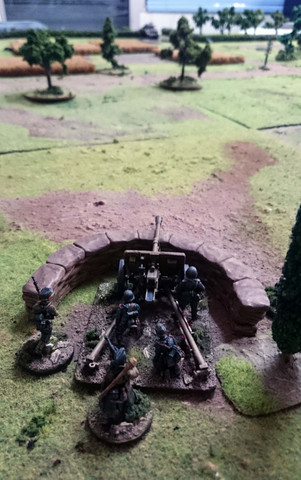 Nice report. I agree that the mortar barrage should not have come in on that "3". I'm pretty sure you have to roll again.

What is the "pattern" that you aren't liking? I think I missed that part.
Top

Truscott Trotter wrote:Yes the mortar should be rolled for again on a 3 not automatic
I suspect the pattern referred to is the use of mortars

That was my first thought also, but wasn't sure.

That last "bombardment" that shouldn't have happened really affected the campaign casualties. Maybe you could just back that part out?
Top

I have discovered that the Mortar Barrage can be a very useful weapon, but is not too dangerous for the flow of the game. In fact, I finished the US barrage with a Command Dice after only a phase of firing and then went to hunt his FO (my new sniper was not so good as the last one). I like this support option.
We have had some chats, in the club, about this rule, and some people have argued about to reduce its effects. I disagree with them because a 81mm mortar barrage is something very dangerous in the real world for an infantry unit, so it must be dangerous in the game, but there are ways to reduce its effect: dispersing your forces, killing the FO, closing the space with the opponent (this was my idea in this scenario).

The patter I hate is the defensive approach of the US player. I think this campaign is very difficult to win for the German player because he has very limited resources and a lot of battlefields to defend; he has a defensive role, so the US player must be "active" with his infinite platoons and Shermans, with Cota and the General reinforcing the initiative of the US Colonel, the fire and movement, his support options, etc.

But this is easier for him to deploy a lot of fireteams in his base line and fire, fire and fire until I decide I cannot afford more casualties.

You've probably already thought of this Juan, but if the U.S. Player tries that approach you could respond by keeping your men off table as long as possible and look to ambush him whenever you can. He will eventually need to advance to secure his objectives which is when to counter-attack. However, it is very difficult for the Germans to win this one, but then the challenge is to try to last as long as possible.

Hi, John.
The US player tactic is very intelligent and sound but we need "to invigorate" our games because they are becoming boring.
Top

Juan Mancheño wrote:Hi, John.
The US player tactic is very intelligent and sound but we need "to invigorate" our games because they are becoming boring.

But do you have to be the one to invigorate the game?

I would take John's advice to the extreme and try to show this guy what a waste of time his "strategy" is...

If that doesn't work, then maybe you need another opponent?

Also worth remembering that the scenarios in the campaign supplement require the attacker to achieve the result specified in the matching scenario in the rule book. If he hasn't achieved that by the time the game ends then you as the defender win. If you present him with a largely empty battlefield just feeding in troops cautiously in well covered positions, you may stop him winning by preventing him from breaking your Force Morale.
Boring game I know but perhaps worth doing to remind the U.S. Player that time is not on his side and he needs to press on and take some risks, not just rely on firepower.

Either that or have General Cota turn up and chew him out!