Time for another lockdown game of I Ain’t Been Shot, Mum against K, Daughter #1’s boyfriend, trapped with us for the duration.

I used scenario #3 from the Defence of Calais scenario pack: 3RTR at Hames-Boucres. I would take the Brits, K would play the Germans.

The game begins as a squadron of British tanks (a Squadron HQ of an A9 and an A10; two troops of three A13s each; a troop of three MkVIb light tanks; and a couple of recon Dingos) headed in column along a sunken road towards the village of Hames-Boucres (a few miles from Calais) with orders to deal with a few "rogue enemy tanks" that had apparently been spotted roaming around the countryside.

Click on the link below to see what happened... 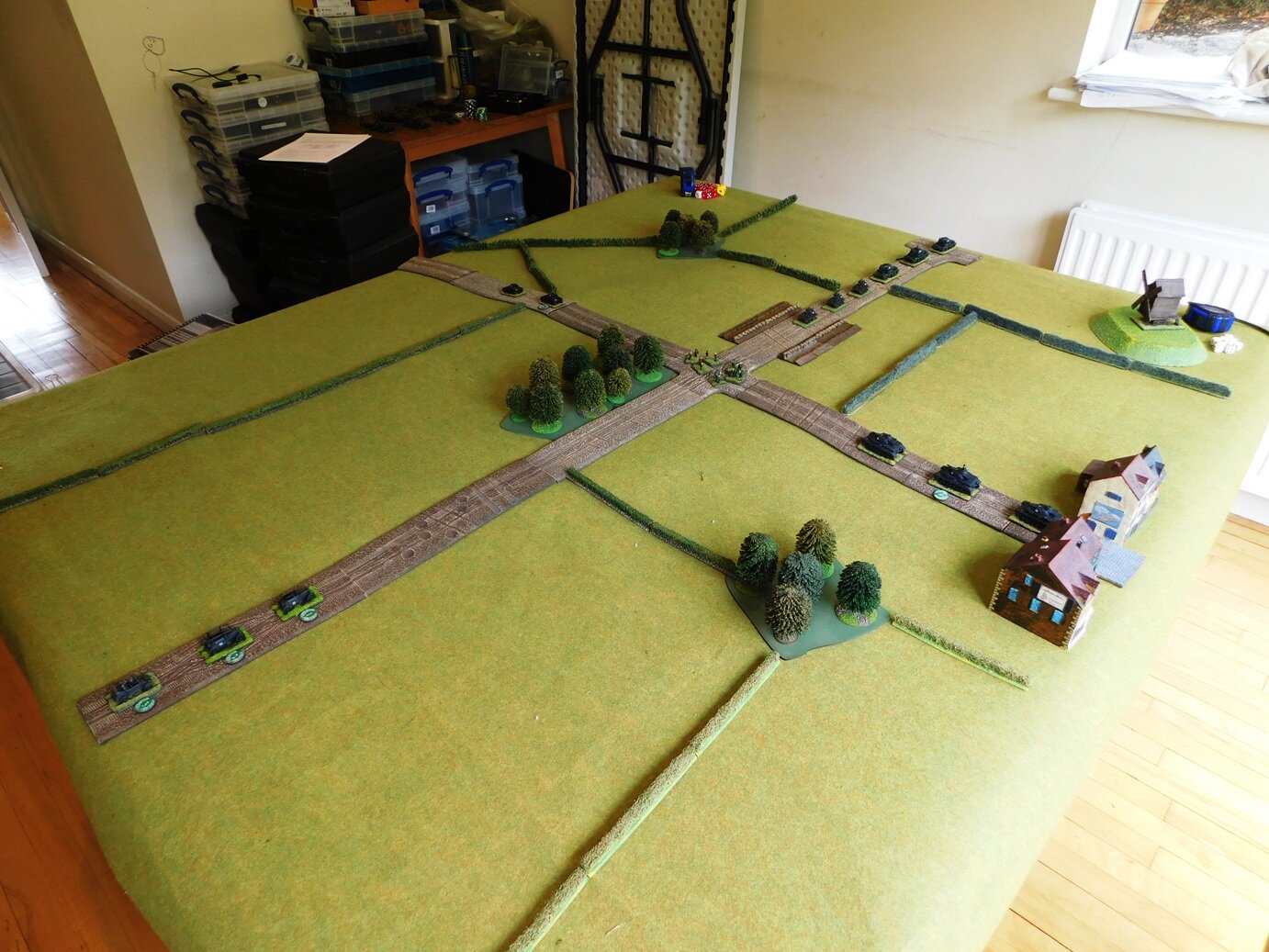 This is a good scenario that actually lets you get your British armor on the table. Thanks for posting.
Mark
Top
Post Reply
2 posts • Page 1 of 1