The Germans return to Perbais to take another crack at dislodging the stubborn French defenders. The Stukas failed to make much of an impression in the last attack and so this assault might call for a different tactical approach, but will it prove any more successful than the first? The full AAR is here: https://thetacticalpainter.blogspot.com ... ff-at.html

I'd post a few pictures but it's telling me only two URLs are allowed. One is obviously the link to the AAR and despite removing my signature it's not accepting a link to ImageShack where my pictures live? Anyone help?
Top 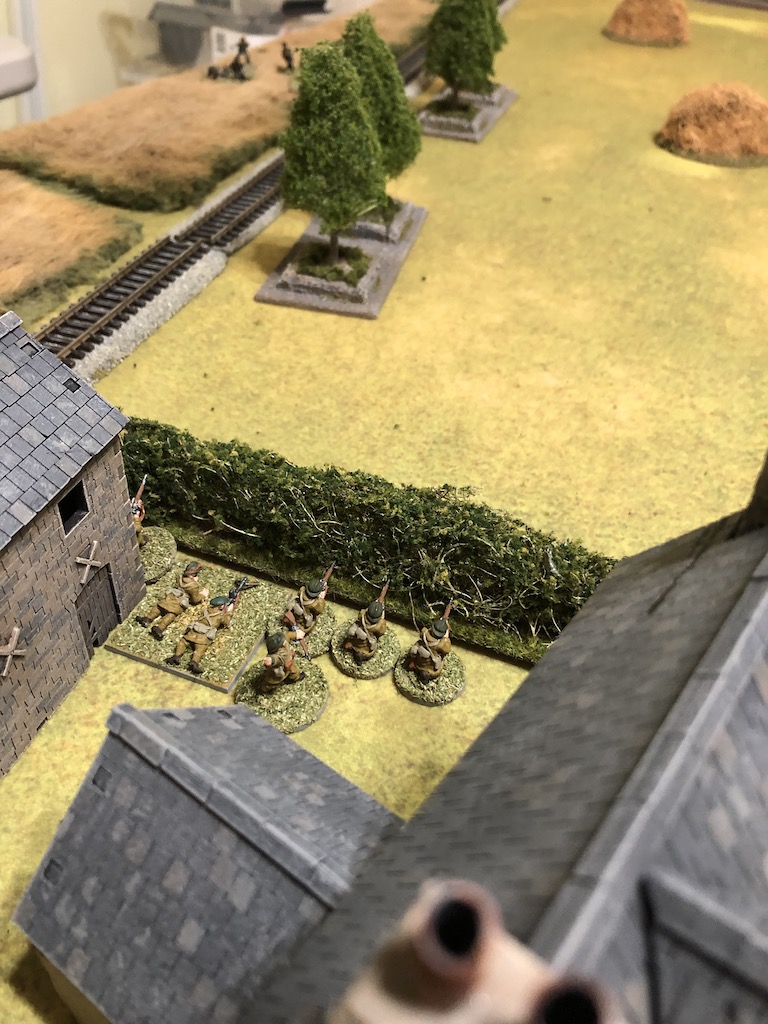 PS Look forward to reading this one to see if a change in tactics worked!
Top

TT you’ve done what I should done d’oh, just put the pictures in a separate post.....thanks.
The Tactical Painter https://thetacticalpainter.blogspot.com
Painting little soldiers for tactical battles on the table top
Top

Tactics mate its all about tactics

Or, if you have breath like mine, Tic Tacs!
Jazz Age Imperialism, at https://www.facebook.com/groups/JazzAgeImperialism/
Top

Great report I can certainly sympathize with your dice rolling. My latest project involve a Green unit and I think they will just stay in hard cover every chance they get.

You face two sticky problems, which together might be insurmountable, given the scenario limitations (I don't have the text, but I believe that you can't deploy any armour, is that right?). First, at some point, you - the attacker - have to reveal your hand before the defender does, and that's just the way it is, unfortunately; at least now you know to set up the artillery support first! The other problem is that you have a lot of open ground to cover, whichever side of the road you go. However, other than choosing more infantry guns, I'm not sure what else you can do - you could establish a fire base at the back of the board, but your opponent can (a) delay deployment, leaving you nothing to shoot at, and (b) avoid the line of fire and hide behind buildings and what-not, so I'm not sure that is necessarily your answer (if threatened with a pointy stick, I might have given the Stukas another go). In real life, the Germans would either risk some armour (either straight down the road, or along the railway), or else bring up some heavy artillery and stonk the village.

Also, the dice; as someone who can throw snake eyes with two Average Dice, I sympathise, and they did actually make your position worse - not so much the multiple French phases, but the limited scope of your own rolls (did you actually roll a "3" at all, until your FM was under 5?). Ah well, better luck next time.....
No plan survives first contact with the dice.
Top

I've watched Big Rich try the firebase tactic several times with this one. You can fire all day with 50mm mortars ans 75mm iG without doing much damage.

You then allow the French to then engage you in a static firefight. 14-15 shots beats 6 HE everytime.

I feel with the terrain and scenario its in with the Hangranarten. Use mortars to isolate one French section and hit it with 2 German ones, rinse and repeat.
Top

Oh, and good luck finding someone who wants to be the next Obgfr of 3 Gruppe in your platoon!
No plan survives first contact with the dice.
Top
Post Reply
122 posts