At this year’s Salute I purchased a bargain pack of mdf sci-fi terrain from TT Combat and have spent the last couple of months building it. It was now time to get some figures onto the table and actually use the damn thing!

The scenario was to be a simple attacker/defender game, with the Hauk (sci-fi birdmen from Khurasan) defending the industrial complex against an assault from the Felids (sci-fi lionmen, also from Khurasan). I would play the Hauk, friend Neal would play the Felids, and in order to make things interesting, there was a time limit for the Felids to take the complex. 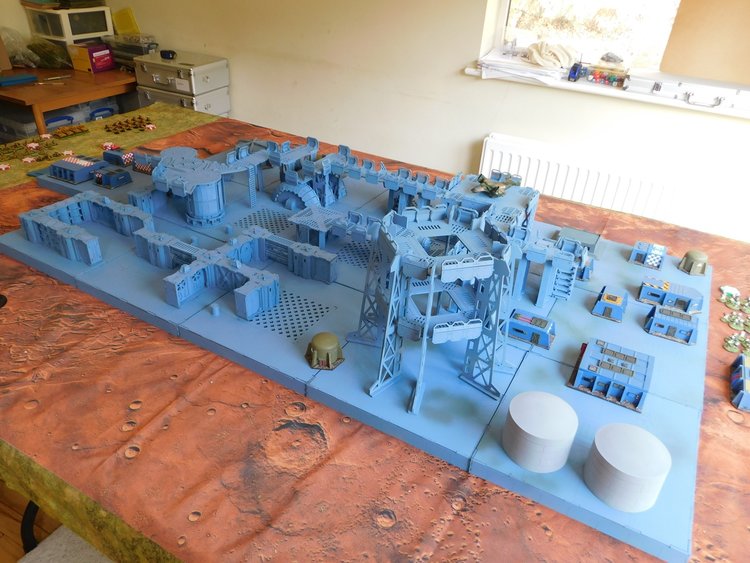