Richard wrote: ↑
Thu Nov 14, 2019 11:44 pm
I'm not convinced that war dogs ever existed anywhere. They are fine for chasing down fugitives, but really they'd be sod all use against drilled troops with pointy spears and shields.
Rich

Next you'll be telling us that Asterix was made up! Pah! 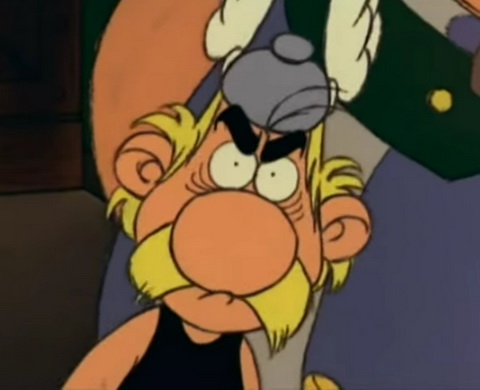 "When one goes, one must go with style."
Top

Actually, no dog poo here. We have taken the line from Josephus which sees leaders slip over due to hobnails. It's history all the way here.

Although clearly Asterix is a true story.
Top

Richard wrote: ↑
Thu Nov 14, 2019 6:34 am
It's a question that's been asked a lot. And I actually have some too. However, research continues. Ultimately, we could always include them in a section on semi-fantasy wargame favourites.

Together with War Penguins and Badgers?
Top

DougM wrote: ↑
Fri Nov 15, 2019 6:34 pm
Do we know how far back Infamy covers.. are we going to be able to use the Later Reoublic classical Hastati/Principes/Triarii organisation?

Initially, as I understand it, it's basically Marius to Severus and focused on the western provinces.

But the first supplement will cover the 'post-Camillan' army and the period up to the Marian reforms.
The climate crisis has already been solved. We already have all the facts and solutions. All we have to do is to wake up and change. - Greta Thunberg

Could you please put together a bibliography of your research. I'm a novice when it comes to this period. 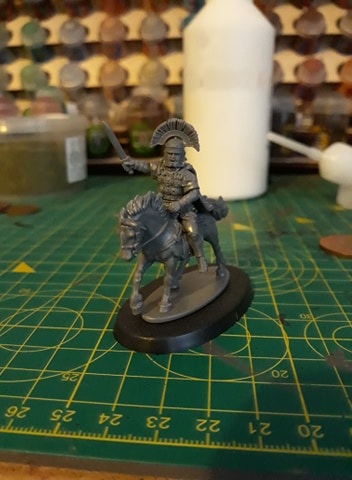 Does this base look too big? It's a 35mm by 60mm, but 2p's look too small for lone cavalry

These are from the Victrix Roman General sprue, so will be "Big Men" on the battlefield, so they want to be look important and leader-y. This one is the Primus Pilus, or a generic Senior Centurion, there's also a Legatus and a lamely titled "General".

They'll also make for some interesting escort scenarios too

Could you please put together a bibliography of your research. I'm a novice when it comes to this period.


I'm obviously not Rich but I know he's used some of these books to inform his thinking and I've included others that I think are interesting. They're all modern. The ancient writers of relevance would include Caesar, Tacitus, Vegetius (though he was writing centuries after the period concerned and his statements about organisation especially need to be treated with some caution), Arrian, Josephus, Appian, etc. These are all available free online or very cheaply in print.

the above are the ones I think the best and are pretty much the most modern. The following are more dated but still have some merit:

Connolly: The Roman Army
Peddie: The Roman War Machine
Keppie: the Making of the Roman Army: From Republic to Empire
Webster: The Roman Imperial Army of the First and Second Centuries

The various Osprey titles are, to my mind, a mixed bag, at least from what I've seen by glancing through some of them. However they are quite a reasonable 'entry point'.

avoid at all costs anything by Dando-Collins. The man's just a fantasist.

So far as specific campaigns go, for Britain I like Webster's Rome Against Caratacus and his Boudicca - they're about as thorough accounts of Roman campaigns as you're going to find.

If really keen then Delbruck's Warfare in Antiquity is very interesting and still relevant. Oh and heaps of scholarly articles are available online at Academia.edu
The climate crisis has already been solved. We already have all the facts and solutions. All we have to do is to wake up and change. - Greta Thunberg