shandy wrote: ↑
Fri Jun 14, 2019 3:43 pm
At least with SP, one would also have to take into account that not all figures that are 'killed' by fire or melee really represent dead people. Judging from contemporary casualty rates, most would be wounded, or guys helping the wounded get to the rear or generally making themselves scarce and straggling, or just fleeing. I really would love to see some walking wounded or fleeing (or even surrendering) figures (running away throwing away muskets etc), but no one seems to make those.

Perry do Napoleonic casualties that include walking or carried wounded, including a great vignette of two Russian infantry carring a wounded comrade:

I’ve used Perry AWI casualty figures to fill the empty slots in sabot bases. Never liked the look of those sabot bases without something, anything in every slot. More here https://thetacticalpainter.blogspot.com ... gures.html 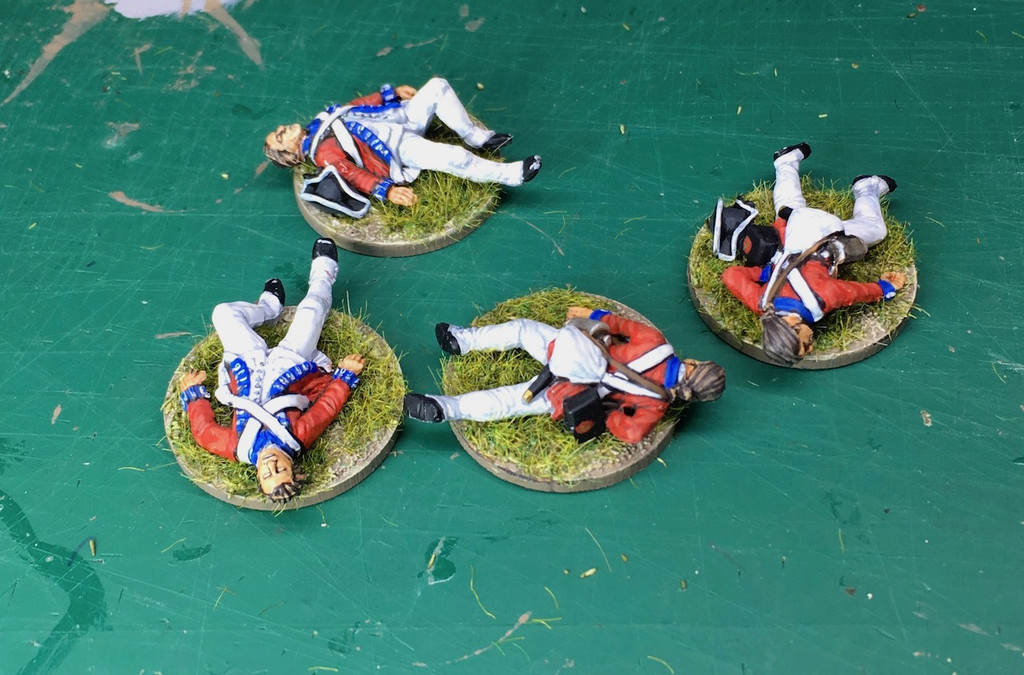 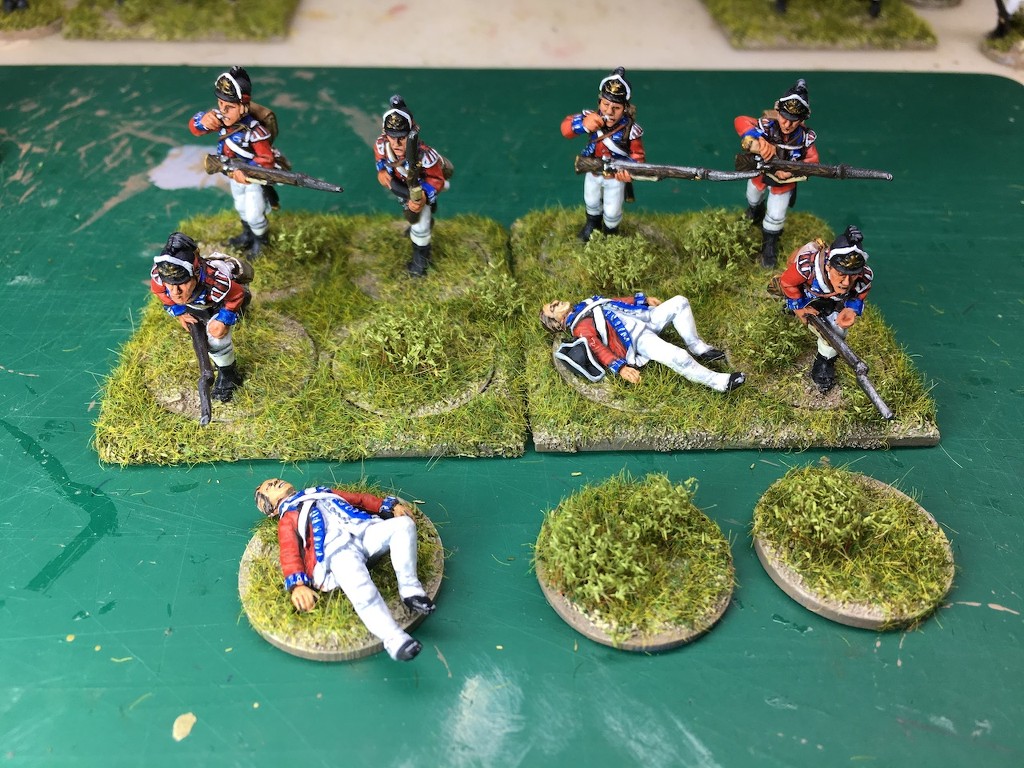 I am planning on making some empty plugs for my sabot bases like the ones you did. Those look great.
Chris Stoesen
No matter where you go, there you are -- Buckaroo Banzai
Nil Facilis Est
Top

Warbases make some very nice ‘chalk outline’ acrylic tokens for casualties which aren’t too obtrusive, show where the fighting was heaviest and can’t be confused with actual figures by those of us with poor eyesight!
Top

Filling in Sabot holes is a great idea!


I might trial the casualties in smaller game. See how it feels.
Top

Thanks for the hints, those are some great figures! Unfortunately, I need ACW ones in 15mm. The Peter Pig poses are a bit too much in the "dying in a very theatrical way" style for me.

I just read The Gettysburg Campaign in Numbers and Losses and it again reminded me that casualty rates tended to be very low in ACW skirmishes - e.g. at Catoctin Creek, 200 Federals against 63 Confederates resulted in 1 Federal killed, 2 wounded and 37 missing. Or at Seneca Mills with 90 Federals against 90 Confederates we have on both sides together 6 killed, 2 wounded and 16 missing. So there is a good argument that with skirmishes, too many casualty figures actually produce more the impression of a Hollywood bloodbath than a historical representation of combat. Battles are a different thing, of course.
My blog: https://wargamingraft.wordpress.com
Top

with a bit of blue stuff/oyumuru one can easily create press molds to replicate the casualties you've bought.
Obviously you can't sell those recasts but for those on a budget it's an interesting alternative
Top
Post Reply
18 posts